or: How an 18th century painter saved Warsaw from the Nazis, and how 3D scanners may save Ukraine

While researching applications that use the iPhone’s LiDAR scanner or perform more pure photogrammetry, I came across an effort by Polycam - likely the largest player in this space - to help protect the heritage of Ukraine and its people: Backup Ukraine.

This is an effort to recruit people in Ukraine to leverage Polycam (provided a no cost as part of this program), to create detailed scans of artwork, buildings, and other items of cultural significance. Polycam is then committing to make the full archive of everything captured as part of the program freely available under a Creative Commons license, hosted for at least 5 years after the end of the war, and made available to Unesco and other partners. This presents an option to undo at least some of the damage being inflicted as part of this war.

Destroying a country’s cultural heritage is the fastest way to erase their national identity. In light of Russia’s false denial of Ukrainian sovereign and unique national identity, we take the destruction of the country’s history extremely seriously.

This is a fantastic effort, and I’m happy to see that it’s ongoing, and new artworks and artefacts are being added all the time.

While reading about this effort, it struck me that this isn’t a new idea - while using crowd-sourced 3D scanning to preserve cultural identity may be new, this story goes back further.

In 1944, following intense clashes with Polish resistance fighters, the occupying Nazis took their revenge out on the people of Warsaw, and razed much of its historic centre to the ground. More than 150,000 of Warsaw’s citizens were dead, and 85% of the oldest and most culturally significant part of the city was reduced to ruble.

This act of revenge against those that dared to stand against the tyranny and evil of Nazism left a scar on Poland, and threatened the loss of an important part of the country’s identity. A few short years after later thought, a long dead artist would help to heal the county. 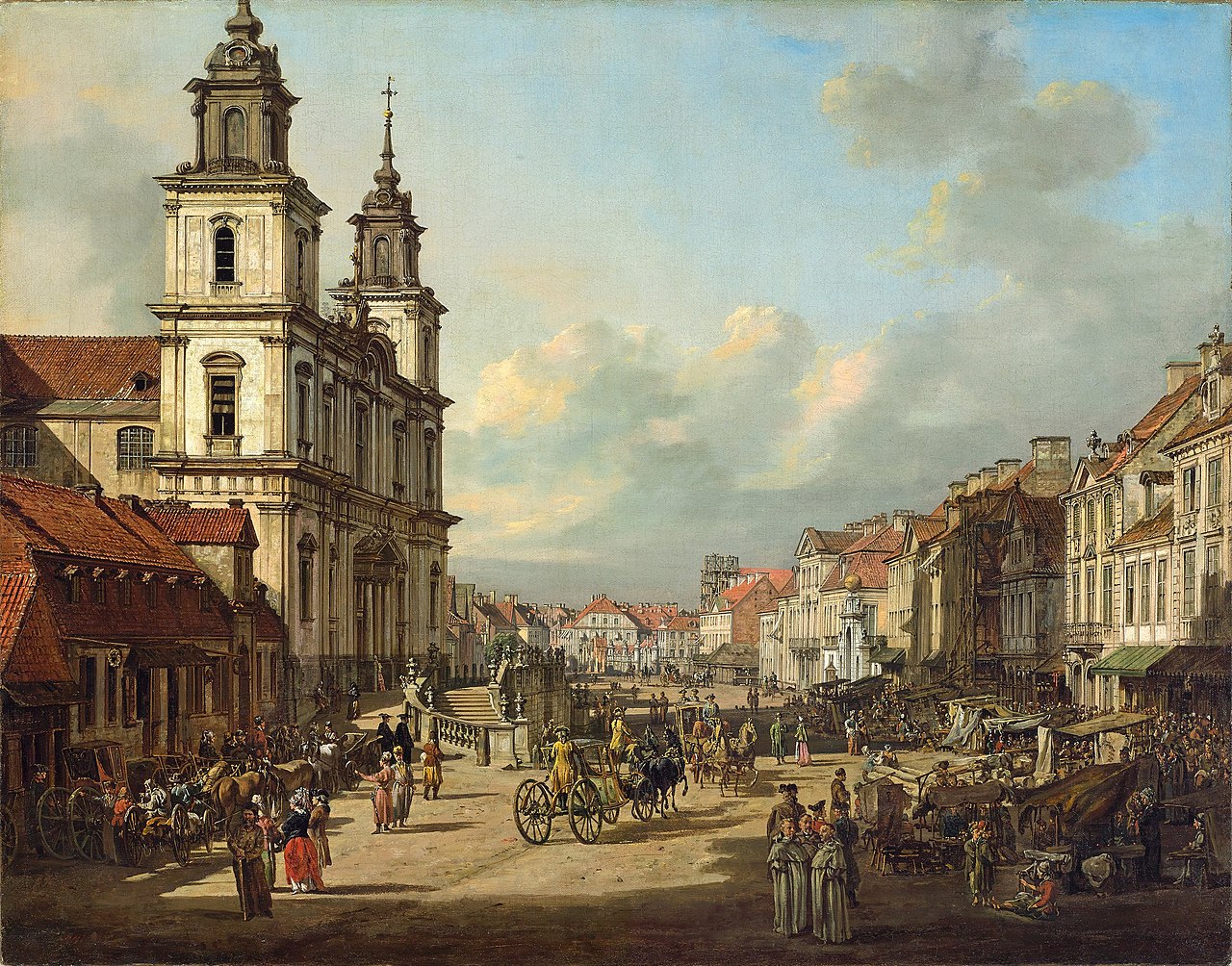 Bernardo Bellotto (1722-1780), a Venetian artist, had been appointed by Stanisław August Poniatowski, the King of Poland, as a court painter, and among the works Bellotto completed was a series of cityscapes showing Warsaw in all it’s glory. While these works were stolen by the Nazis 1939, and by Emperor Nicholas I of Russia in 1832, and by Napoleon in 1807 - they seem to always find their way back home. During the rebuilding of Warsaw in the late 1940s and early to mid 1950s, these works played a crucial role in restoring the historic heart of the city to its former glory - or, at least as close to restoration as is possible after such barbaric acts.

It was through Bellotto’s art that Warsaw was given another chance, and Poland was able to recapture an important piece of its identity. As Russia attempts to follow in the path of their once ally-turned-enemy, inflicting barbaric destruction on the people of Ukraine, efforts like this to preserve the cultural identity of the country are vital.

The war will end; no matter the outcome, one day Ukraine will need to heal and find itself again. These efforts are what will ensure that generations from now, the people of Ukraine will know who they are. Today’s fight is for life & land, tomorrow’s fight will be for the soul of the nation, the soul of the Ukrainian people.

It feels trite, as I sit in my office, reflecting of history and studying experimental photography techniques, while a war for survival goes on, but say it I shall, for whatever worth my words have. Слава Украине!